An entertaining and enthralling show that is full of surprises

Known as Australia’s TV Mentalist and Hypnotist, Phoenix has performed live on some of the most popular television programs, including ‘Today Show’, ‘Studio 10’ and ‘The Morning Show’.

Phoenix has worked in Hollywood, providing his expertise and knowledge in blockbuster movies with some of the world’s biggest stars.

In 2015, Phoenix received five-star reviews for his award-winning shows, at both the Adelaide Fringe Festival and Melbourne Magic Festival.

Now headlining some of the largest cruise lines, Phoenix has performed his unique and mind-blowing performances to audiences across the globe.

Discovering his love of psychological mind reading at a young age, Phoenix is fascinated with all things magic and illusion.

With a large portfolio of performances and grand tricks, Phoenix is able to tailor and design his performances for any event and audience.

Magic, Mind Reading and Comedy Show
Advanced psychological entertainment meets hilarious audience participation in this master show piece by Australia’s leading Mentalist!
Mind Games: A stage hypnosis show
Every good mentalist should have both a history of, and a strong understanding of hypnosis. Phoenix has trained with some of the world’s most renowned hypnotist. Immense fun is most certainly still achieved, whilst caring for the stars of the show. Phoenix uses several methods, but none is truly as astounding as the speed of his instantaneous induction, which is less than 10 seconds in most cases, and simply has to be seen to be believed.
Psyche: The award winning mentalist show
You know those rare and unique movies that are full of twists and turns, with the most thrilling reveal at the end, being completely not what you expected, that you just didn’t see coming? Well Psyche is just that, except in a LIVE stage show! Psyche is full of astounding stunts, blurring the line of what is possible or not. With moments of humour, and incredible mind reading, revealing details of which could simply not have been known by leading Mentalist Phoenix. 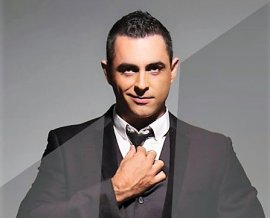