Mesmerising and entertaining audiences across the globe

With an incredible ability to mesmerise and entertain audiences, Jonas Jost is an impressive magician and Master of Ceremonies all rolled into one. His amazing skills have seen him perform across the globe and be featured on both Australian and German National Television.

2010 saw Jost win the Magic Club’s best Stage Magic award and he was invited to host Adelaide’s Youthinc as both an MC and magician. During that year he was a nominee for the MO Club Entertainment Award. A year later he was a nominee again and also for the ACE Awards. 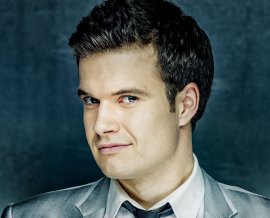