Vinh Giang has perfected the art of weaving those threads into principles that allow people to take action and control of their lives. He seeks to inspire, astonish and, subsequently, empower.

Vinh is an award-winning entertainer and entrepreneur who co-founded the Encyclopedia of magic, an online magic tutoring space which teaches over 800,000 students all around the world, and Luminary Productions, where he produces Videos and coaches business leaders from across the globe.

Vinh’s uses his expertise in magic to demonstrate to audiences how they are capable of increasing their influence and prowess in their own lines of work. His passion for magic and entrepreneurship lifted his own family out of poverty. Vinh is the son of Vietnamese refugees from whom he was taught to strive for success, and to work hard and achieve. His family grew businesses themselves when Vinh was a boy, from farms to pharmacies and grocery stores to commercial property - the doctrines of a determined entrepreneur were ingrained in Vinh as a youth.

With only six months left before graduating, Vinh left his accounting studies behind to chase his dreams of a career in magic and as an entrepreneur…

A decision that has proven fruitful.

Vinh is now one of the world’s most popular and skilled speakers and entertainers, and for good reason.

With this topic, Vinh presents the audience with several magic performances and invites them to offer their solutions as to how they were done. In engaging with this process, the audience learns quickly that perspective is the key to solving any problem.

This is by far Vinh's most popular talk, in which he performs and speaks about the five different areas of magic, and then links this seamlessly to psychology. When the audience can see the psychological deception taking place in magic, they will be able to immediately see the deception we create within our own business and personal lives.

Vinh will demonstrate techniques on blocking out negative influence and gaining and maintaining a positive mind set, demonstrating how mindset is everything.

Through a visual demonstration, Vinh takes the audience through a series of magic effects to show them how easily one can be misled. Vinh then takes you deep inside the psychology behind the art of magic to show and prove to the audience that your negative beliefs, no matter what they are, do not exist. Vinh will show your audiences how to overcome misdirection in life and business.

Re-energise and motivate your sales team by having them witness Vinh perform a spectacular feat of magic, followed by a personal insight into the “behind the scenes” of the effect. Vinh reminds us that every encounter is a performance, and the importance of always giving it your all.

For every show that Vinh performs, it is crucial that it goes according to plan, because the margin for error in magic is very narrow. When achieving the impossible, it is all the more important that the goals for each act are identified and established well beforehand. There is no better way to illustrate this concept than to prove to the audience through a feat of seemingly impossible magic that the events of the entire show were prepared before it even began.

Magic is an art that is created to exhibit the impossible. The beautiful thing about this is that the very nature of magic shows us that things that are seemingly impossible can be made to happen. Through several powerful exercises, Vinh is able to break down the barriers that we have in our minds, which hold us back from accomplishing truly amazing things 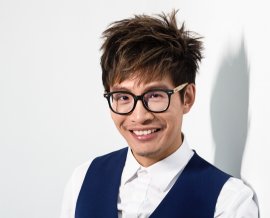