An Australian of the Year 2016 finalist. Insightful, inspirational and courageous

Rabia Siddique is an inspirational woman with an intriguing background that's sure to engage audiences. She is a criminal and human rights lawyer, a retired British Army officer, a former terrorism and war crimes prosecutor, professional speaker, trainer, MC, facilitator and published author.

After starting as a criminal defence lawyer and youngest ever federal prosecutor in Western Australia, Rabia moved to the United Kingdom in 1998 where she eventually commissioned as a Legal Officer in the British Army in 2001.

An altercation occurred during that period that gained worldwide attention which riled Siddique after her occurrence within the incident was covered up by the Government. After rescuing two Special Force soldiers from Iraqi insurgents in Basra, Rabia’s colleague received a Military Cross whilst her participation was merely dismissed. In a fight for justice, she brought the case against the UK Ministry of Defence and won.

She went on to become a Crown Advocate in the British Counter Terrorism Division, which saw her prosecuting Al Qaeda terrorists, hate crimes and advising on war crime prosecutions in The Hague.

In 2013, Rabia authored and published her memoir ‘Equal Justice’, which told the story of her strength, resilience, bravery, conviction and determination.

Rabia has achieved multiple honours including a Queen commendation in 2006 for her human rights work in Iraq, been a runner up for Australian Woman of the Year UK in 2009, been named as one of the finalists in the 2014 Telstra Business Women’s Award as well as been categorised as one of the 100 most influential women in Australia by Westpac and the Australian Financial Review.

Siddique has also been featured across medias in Australia, the United Kingdom, South East Asia and the Middle East in print, radio, interviews and television forms. Last year she received a standing ovation from an audience of 1700 for her TEDx talk ‘Courage Under Fire’.

Speaking multiple languages, running in several marathons, undertaking human rights and community aid in developing and developed countries as well as raising triplet boys, Rabia Siddique is an insightful woman who aims to raise awareness of inequality within countries and what individuals can do to assist. She has earnt an international reputation as an outstanding motivational and inspirational speaker, resilience and leadership coach as well as an advocate for women in leadership, diversity and equality worldwide.

Courage Under Fire
Another popular keynote Rabia delivers, where she uses her unique and powerful story as a starting point, and by sharing her truths and vulnerabilities with the audience, Rabia explores what it means to be a truly great and authentic leader. She addresses what she believes are the essential qualities and key roles for a great and effective leader. She calls her audience to a higher purpose, challenging them to practice and live great, authentic leadership, to lead by example and be agents of change. An unforgettable presentation ideal for a wide audience who aspire to be truly great leaders.
Equal Justice
Rabias most commonly requested keynote relates to her very personal story of battling with discrimination, abuse, chronic illness and PTSD after her involvement in a hostage crisis in Iraq, and then being written out of history. She explores what it means to display moral courage and lead by example, to stand up for ones principles in the face of criticism, adversity and sacrifice, to fight for equality and to live what she teaches. An inspiring, entertaining, and emotional keynote address.
Finding Your Voice
One of Rabias other popular keynotes focuses on living equality. It addresses the common challenges faced by many people, particularly women, trying to achieve that mythical work/life balance, tackling unconscious bias and prejudice, the realities of being a working parent and the desire to truly have it all. Rabia uses her own life lessons and discusses the way feminism has evolved and been viewed over the generations (from baby boomer, Gen X and now Gen Y). She explores the subversive as well as the real impediments to true equality in the community and in the workplace, and Rabia discusses the communication and negotiation skills required to find your voice, address and overcome these
What Is Holding You Hostage?
This keynote presentation addresses the topic of resilience, what it means, how one can learn to be resilient and recognising the warning signs in order to prevent future unnecessary hardship, and to plan ahead in order to predict and overcome future obstacles. It is in the context of this keynote that Rabia asks her audience a key question, what is holding them hostage? It could be a boss, a colleague, a bully, a friend, a partner, a fear or even a memory. She explores with the audience the need to be self aware and insightful to recognise those things that prevent them from realising their full potential, the steps needed to overcome that which is holding them captive, and the warning signs to watch out for in order to prevent being trapped in the same way again.

I was mesmerised by Rabia’s story and the lessons that she so easily shared. After one and a half spellbinding hours, we all shared out thoughts and reactions to what we had just experienced, the positivity, unity and desire to be better at what we do, find our voice and to be the change we want in this world. Rabia is simply compelling and captivating

The response has been overwhelming, you certainly left an impression that with positively influence many of their lives.

Rabia kindly delivered a keynote. Rabia is a highly proficient, impactful and passionate speaker. Her personal story and authentic presentation style resonated across. She was highly committed and personally invested to make the event a success. 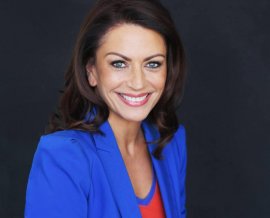