The youngest person to sail solo and unassisted around the world

Jessica Watson set out to become the youngest person to sail solo non-stop and unassisted around the World.

Since Joshua Slocum first sailed singlehanded around the world in the late 1890’s, sailors of all nationalities and ages have been drawn to this ultimate challenge: The Everest of sailing. Slocum’s epic tale of his voyage, Sailing Alone Round the World, has captivated a global audience of readers for over a hundred years.

Following on, record-breaking solo circumnavigations by heroes like Francis Chichester and Robin Knox-Johnston have captured the attention and the hearts of people all over the world.

Inspired in her turn by Kay Cottee, the first woman to sail solo non-stop unassisted around the world and by Jesse Martin, the youngest person to do so, Jessica Watson set her sights on beating Jesse’s achievement and stopped the nation when she sailed back into Sydney Harbour on 15 May, 2010.

On January 25, 2011 she was awarded the prestigious Young Australian of the Year title.

In December, 2011, Jessica skippered the youngest crew ever to compete in the iconic Sydney to Hobart yacht race, finishing second in their category.

In January 2012, Jessica was announced in the Australia Day Honours list, receiving an OAM (Order of Australia Medal) for services to sailing and being a role model for the youth of Australia.

Jessica hopes to continue to inspire our youth, other adventurers and everyone with a dream in their heart.

Harnessing Fear: How anyone can turn fear into courage
Many are surprised to learn that when she first dreamt of sailing around the world, Jessica was scared of just about everything. She believes that three things enable anyone to turn their fears into courage, the ability to identify the fear that holds you back, a powerful motivation or reason why, and the realisation that anyone can choose the way they react. But as Jessica discovered when she created a media storm by colliding with a 63,000 tonne ship on her first night at sea, courage also requires practice.
Managing Risk: Why the ability to understand and manage risk is powerful
on mitigating risks. She explains that to manage risk, you must analyse the consequences and likelihood of the different dangers involved, an approach that is equally relevant to risks in the business world and in our everyday lives. Jessica also urges audiences to consider whether there may be a risk in inaction.
Participative Leadership: How saying we and giving others ownership wins support
Like many adventurers, Jessica credits much of her success to her support team. But seven years on, with many other projects under her belt, she realises that it was the diversity of her team that was its true strength. Jessica believes that the key to her being able to gain the extensive support that she did was her willingness to say we and share the project. She explains a collective goal is important in many contexts, on and off the water.
Resilience: How to develop the grit to cross oceans and take on audacious goals
Resilience was instrumental to Jessicas ability to overcome the many challenges faced during more than three years of preparation and 210 days alone at sea. She discovered that the key to mental strength was to break big goals down and focus only on the next few miles or the next small goal during tough times. Sharing insights from the many adventures and elite sportspeople she has learnt from, Jessica explains that the same approach is equally effective when it comes to tackling seemingly impossible and audacious goals.

The theme of our conference was Inspire to Lead. Jessica certainly fulfils that theme in what she has achieved in her life to date. Her story of determination and following her goals and dreams was truly motivating for us all. The confidence she displayed combined with her charming personality was fully visible in her most entertaining presentation. Jessica explained that whilst she was the figurehead of the effort, she would not have been able to achieve success without planning and backing by a professional support team. Everyone present was left feeling that if you believe in yourself and your support team nothing is impossible.

Jessica has been an outstanding key-note speaker. Warm, authentic and well prepared. Jessica has spoken several times for us to a variety of audiences and each time the room has been captivated with her compelling story. I highly recommend her for any speaking event.

Thank you for your time and sharing your experiences. Your story is truly inspiring and really resonated with the team to help push us out of our comfort zones and take on the challenges ahead of us. I really valued the time you spent with us, and the open discussion with the team was humbling and extremely motivating. 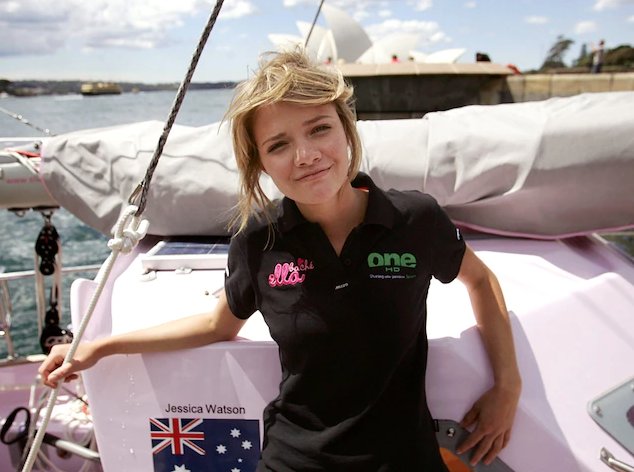