Virginia Trioli is one of Australia’s best-known journalists. With an unwavering reputation as a television anchor, radio presenter, writer and commentator, she is the perfect MC, Host or Facilitator for your event. Combining her humour with an unparalleled interviewing style, Virginia is a highly sought after speaker and presenter.

Her incredible journalistic skills has seen her earn two of Australian journalism’s highest honour, the Walkley Awards. She has also won the Melbourne Press Club’s Best Columnist Award and the ABC Local Radio Awards Broadcaster of the Year.

Holding some of the highest positions at both The Age Newspaper and Bulletin Magazine, has seen Virginia’s journalism skills flourish.

Virginia has hosted several television programs including ‘Lateline’ and ‘Sunday Arts’, as well as anchored the ABC News Breakfast on ABC 1 and ABC News 2.

A frequent lecturer and speaker, Virginia Trioli is a highly respected and accomplished woman within the media, making her the perfect Host, MC or Facilitator. 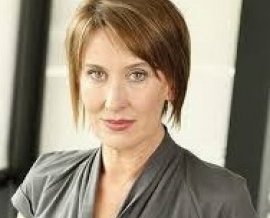