A versatile and ever-engaging MC, host and facilitator

Nathan Strempel is one of Australia’s most engaging and dynamic Master of Ceremonies and Event Hosts. With ten years of corporate entertainment experience behind him, Nathan is an expert at engaging a crowd and quickly developing rapport with his audiences.

Meticulous preparation, quick wit and the ability to keep an event on track while simultaneously adapting to last minute changes make him one of Australia’s most sought after MC’s with a long list of loyal clients.

His portfolio of work is extensive, having hosted conferences, corporate events and gala dinners for some of Australia’s most respected organisations, including Telstra, Samsung, Allianz, Diageo, Lion, The Starlight Foundation, Duke of Edinburgh and a wide range of other corporates, charities, councils and sporting organisations.

Nathan is an ambassador for Pingpongathon, Autism SA, CARA and Craniofacial Australia, and in 2008 was a finalist for the Pride of Australia Medal as a result of his work with youth. In 2009 he was nominated for the Young South Australian of the Year, and in 2011 was the Australian delegate to the Duke of Edinburgh International Gold Experience.

From hosting events and awards nights for the NT Insurance industry and Melbourne and Olympic Park precinct, to MC’ing important events for sporting bodies including Netball Victoria and Basketball Australia, Nathan continues to show his warmth, charm, and ability to help make any event a success with his preparation, passion and personality.

His work recently at the Melbourne F1 Grand Prix and the 2XU Triathlon Series, and his role across corporate and on-ground hosting for Richmond FC, Melbourne City FC, the Melbourne Rebels, NRL and Melbourne United shows his versatility. And he has become the ‘go-to’ talent for Nike, CrownBet and several other corporates.

A safe pair of trusted hands for your most important event, Nathan’s versatility ensures he is perfect for a wide range of events, from MC’ing black tie corporate events to facilitating a panel discussion and hosting lighter, more dynamic events with full crowd interaction, pre-event red carpet interviews and everything in between. 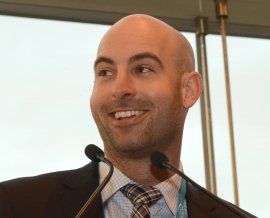