A versatile performer with a range of experience

Jules Lund is one of the nation’s most charismatic personalities with extensive experience across radio, TV and digital media.

By the age of 23, Jules had hosted his own weekly radio show on The Today Network, a music television program and the ESPN X Games in several countries.

With a wicked sense of humour and his sparkling personality, Jules has been featured across television programs, including spending nine years on ‘Getaway’. Jules has also been host of the TV Week Logie Awards Red Carpet for the past 8 consecutive years.

Jules’ audience popularity has grown exponentially and has seen him in a number of roles across some of the biggest TV and Radio shows in the country.

With unique insights, Jules has travelled across the globe to present to audiences on the future trends in marketing. 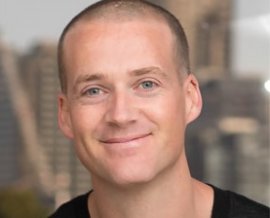