Professional Master of Ceremonies and hilarious stand up

As one of Australia’s most popular and recognized female comedians, Jane Kittson has entertained audiences across all forms of media. She is a performer and writer, having begun her career at Melbourne’s legendary comedy venue Le Joke.

Following Jean’s rising success and popularity, she became one of the first female comedians to have their own show on Australian TV. She has also appeared on a range of television programs, including starring in in Channel 9′s Flat Chat, a regular guest on Good News Week and a presenter of the ABC’s Media Dimensions program.

Jean is well-known for her lively comedy debates in The Great Debate Series, where she has hilariously argued that That Middle Age Is Sexy, The Aussie Bloke Is a Hopeless Joke, That Australia is Not the Arts End Of The World and That Beauty Is Better Than Brains.

Jean’s radio credits include being a writer and performer with Sydney’s 2DAY FM, ABC’s 702 and a breakfast shift presenter with MIX 106.5.

After addressing the National Press Club on the topic of Menopause, Jean has written a book on the topic sharing her tips on how to survive menopause in ‘You're Still Hot for Me’.

As a speaker and MC, Jean enjoys producing exciting and thought-provoking presentations.

If you would like more information regarding Jean Kittson or would like to book Jean for your next conference or event, please feel free to contact us on 1300 661 904.

Jean was BRILLIANT! She had the entire audience and crew in stitches of laughter and appealed to the variety of ages in the room. Just when we thought we couldn’t laugh any more, she had us doubled over yet again! We seriously couldn’t have asked for a more accommodating keynote speaker and the reviews from attendees were beyond amazing. 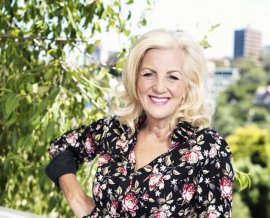