Geoff Cox, best known as Coxy, is an Australian entertainment industry legend. He has been featured on all media platforms including television, radio and print. His love for travel and life, in general, has seen him journey to places across the globe. As a speaker, Coxy is comfortable in front of any audience and is an especially excellent MC or host.

At the age of fifteen, Coxy began drum lessons which saw him eventually be taught by  American Show Drummer Alan Mansfield in Latin, Jazz and Rock and Roll. He turned professional playing six nights a week in Rock and Roll Bands as well as becoming one of the top session drummers in Australia- playing on 20+ gold albums.

In 1970, he toured New Zealand and Australia with the Bee Gees and Russell Morris. He also toured with the Little River Band to America, Canada and Australia, replacing an injured Derek Pellicci. Coxy also toured South Africa with Cliff Richard and played in Las Vegas for several international artists.

Between 1979 and 1987, Coxy ran The Roxy, a well-known rock and roll pub in Melbourne. He now currently plays with Coxy's Magic Carpet Ride as well as many other bands. He is a freelance drummer who is available for professional gigs. The bands are available for Corporate Events, Conferences, Weddings, Birthday Parties.

Coxy is probably best known for his work on television. He has worked on Channel Nine's 'Postcards' for five years and Channel Seven's 'Coxy's Big Break' for eleven years. The shows both rated highly with Australian audiences.

His radio career started on 3DB with the Smithy and Cox Show weekdays from 6 pm until 9 pm. When 3DB was sold, Coxy and Gavin Wood launched 3TT doing the Gavin and Coxy Breakfast Show. Coxy can still be heard on the radio doing ads, as a guest or giving interviews about his current projects. His favourable personality together with his wicked sense of humour and recognisable voice make him always entertaining.

Coxy has worked as a Master of ceremonies on numerous occasions including for The Royal Children’s Hospital Chairman’s function, Variety Financial Ball, Insurance and Bank conferences, Food and Wine Festivals, Truck and Hot Rod weekends, Weddings, Engagement and Birthday parties. He is also a favourable after dinner speaker for any occasion. 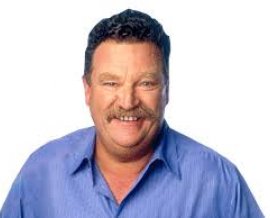