A journalist and news reporter/anchor

As a journalist and news reporter, Chris Bath has spent over two decades at the frontline of news. Beginning her career in 1988, Chris worked at Radio 2UE, before spending the next eight years reporting and reading news at Prime TV Albury, then being headhunted by the Seven Network in 1996

Spending two decades at Seven, Chris hosted her own shows, including ‘Sunday Night’, as well as read breaking news headlines. Chris became the face of news, covering a range of stories from the bushfires and floods, to Olympics and Royal weddings, to elections and political coups.

With her natural hosting abilities, Chris has also emceed the prelude to the Sydney Olympics Opening Ceremony, as well as interviewed an array of stars.

Most recently, Chris has been a drive host on Sydney's ABC 702, as well as starring on network ten’s ‘The Project’. 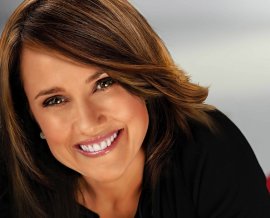