Holly Ransom is highly regarded across the world for her work in content curation, speaking on disruptive strategy and as an interviewer.

Holly’s work and talent has taken her everywhere. She delivered a peace charter to the Dalai Lama, she was a nominee for the Sir Richard Branson Wired Magazine’s ‘Smart List’ of the Future Game Changers to watch and was awarded the US Embassy’s Eleanor Roosevelt Award for Leadership Excellence in 2019. Subsequently, she was named one of Australia’s 100 Most Influential Women by the Australian Financial Review. Holly’s conviction flows freely in her interviews; she’s spoken to Barack Obama, Malcolm Gladwell, Richard Branson, Billie Jean-King, Condoleezza Rice, Nobel Prize Winner Muhummad Yunus and Sophia, the world’s first humanoid robot. Her tendency to challenge fear with fact has sanctified her position as one of the world’s best interviewers.

As a Fulbright scholar and Harvard Kennedy School Class of ’21 fellow, Holly is a recipient of the prestigious Anne Wexler Public Policy Scholarship, allowing her to action social and economic inclusion by connecting people with the decisions that affect their lives.

With the release of her book The Leaning Edge, Holly helps people take control of their potential to become leaders by asking stronger questions, thinking outside of the answers they receive and building collective momentum for change. The Leaning Edge captures Holly’s broader philosophy that we need to democratise leadership learning to challenge elite leadership discourse in order to spark real change.

And none of this is new to Holly, she’s been a leader her entire life. In 2014, she was asked co-chair the G20 Youth Summit as she was widely known as a dynamic thought leader – this was the first of many similar instances. In 2016, she co-chaired the United Nations Coalition of Young Women Entrepreneurs and soon became the youngest director ever to be appointed to an Australian Football Club. Holly’s Podcast, ‘Coffee Pods’ was named in the top ten business podcasts to listen to by the Sydney Morning Herald in 2018.

Holly parallels her success as a company director with a tremendous career on the public and non-profit sectors. She is the founder and CEO of Emergent, and features regularly on The Drum and Q&A. As a proud champion for diversity and inclusion, Holly is Chair of Pride Cup Australia, a non-profit organisation (and movement) devoted to challenging LGBTI+ discrimination within sporting clubs - and create welcoming and supportive environments for LGBTI participation and fans.

Now, Holly offers her remarkable talents to you. Her natural charm and charisma paired with a razor-sharp intellect lend her perfectly to audiences anywhere. Engage Holly to speak at your next event now.

THE LEADING EDGE MASTERY
The mastery of leadership lies within unlearning as quickly as we learn, thinking collectively and acting in the moment backed with the discipline of preparation and planning. How do we help our leaders sustain their own energy as well as momentum for change?
THE LEADING EDGE METHODS
What does leadership look like today, when we’re facing complexity and challenges in every direction? Activate a distributed leadership model with the methods to help people operate out of their comfort zone, model inclusive culture, and sharpen their critical curiosity for the unknown.
THE LEADING EDGE MINDSETS
Leadership is a mindset. Empower your people to harness purpose as a personal and collective motivator. Empower your teams to expand their sphere of influence, hone their risk appetite, and reframe their role in greater business success. As Gandhi put it, let’s teach your people to do what they can, with what they have, from where they are. Starting today.

Inspirational, thought provoking and unique - Holly is all of these things and more. Her storytelling captured our audience's attention from the start to the finish and was deemed a highlight of the event. If you're looking for a smart, authentic and passionate speaker to engage your employees, Holly is perfect.

Holly Ransom was both a speaker and an MC for Virgin Management in 2016. In both roles she shone and lit up the stage. Her ability to comfortably move across topics, share informed and insightful perspectives and engage and inspire her audience makes her an excellent addition to any events line-up.

Holly's commitment to the content, our team and Telstra encouraged a true partnership prior to the event and onsite. The conference was a huge success and we've received a lot of positive comments from attendees through our app and direct from the Telstra comms team and executives.

Holly is the most amazing young person I have ever come across in my whole life! I often scratch my head and wonder how it is possible that this human dynamo has managed to cram so much into her 22 years and create such lasting, sustainable change in the community while remaining so humble and graceful. There are too many organisations and achievements to mention. But Holly Ransom is a name synonymous with hard work and results.

Holly was an exceptional speaker who captured the audience's attention from the very first word she spoke. Her interaction with the crowd was exceptional and her stories were intriguing and inspirational. Holly is a confident speaker and she has achieved so much in her short time. It was very interesting to hear how she has achieved it all. Holly was one of the key speakers at the Worldly Women lunch with over 900 attendees to celebrate International Women's Day. We would definitely recommend her as a keynote speaker to inspire anyone and everyone.

After being blown away with Holly’s presentation at the Tipping Point series in Melbourne, I invited her to present to our top talent at NAB. Holly’s presentation was incredibly inspirational and in line with our own business strategy, she really made a point of challenging the status quo. She engaged everyone from our senior management to our up-and-coming employees. This was a presentation that was talked about for weeks afterwards. I’d highly recommend Holly as an engaging and informative speaker.

Holly is well known as one of Western Australia’s youngest movers and shakers. Her presentation focused on recent changes in social processes of innovation, such as open source methods and techniques and social purpose innovation, such as microcredit, as well as forecasting the next frontier of advances in social impact. Holly’s talk was well received by our members and generated a number of questions from interested members. We can highly recommend Holly as a public speaker. 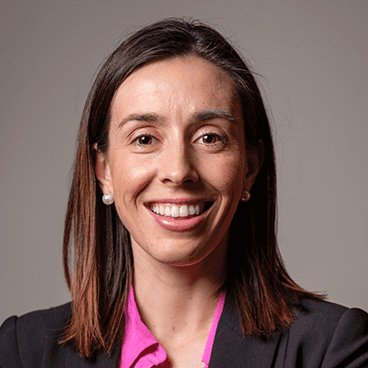