The Ten Tenors are known for their colourful repertoire, breathtaking arrangements and powerful live performances. They offer a performance that is sure to surprise and delight every audience member. 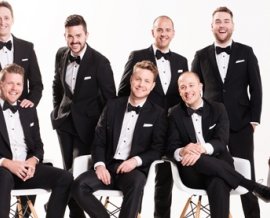