In early 2013, Sam Perry was scouted for Onyx Productions ‘360 Allstars - Urban Circus’, a live theatre stunt show with an all-star cast. The show toured Australia with over 76 performances in large theatres and entertainment centres and continued its success in Germany.

After 8 months on the road, Sam returned home November, 2013 for a special live performance at one of the prestigious TEDxtalks at The Octagon Theatre, leaving his audience in “an hypnotic state of awe”.

Sam Perry is a one-man orchestra. Armed with only a loop station, effect pedal and microphone, Perry is able to create layer upon layer of haunting vocal harmonies, heavy basslines and break-beat, beat boxed rhythms - live on the spot.

In 2018 Sam Perry won the seventh season of The Voice Australia. 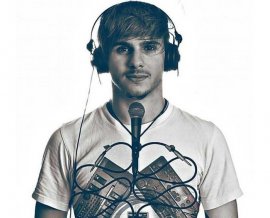