Growing up in Townsville, North Queensland, Luke began his performance career writing music and gigging in local pubs and clubs with his high school band. The band supported Australian rock acts Jebediah, Killing Heidi, The Choir Boys, The Hoodoo Gurus, The Whitlams and Jimmy Barnes. Luke’s musical theatre credits include THE SOUND OF MUSIC, THE KING AND I (Louis), MY FAIR LADY, VICTOR VICTORIA (The Jazz Singer), JOSEPH AND THE AMAZING TECHNICOLOUR DREAMCOAT (Judah), LES MISERABLES (Marius), CHICAGO (Mary Sunshine), THE WIZ (The Lion), Disney’s BEAUTY AND THE BEAST (The Beast), CHILDREN OF EDEN (Cain/Japheth), THE LAST FIVE YEARS (Jamie), SONGS FOR A NEW WORLD (Man 1), GREASE (Teen Angel) and he has played Jesus in JESUS CHRIST SUPERSTAR in 5 productions around Australia over the past decade.

Luke Kennedy joined THE TEN TENORS in 2008. Whilst on the road with TTT, he has performed shows in Spain, Switzerland, Mexico, Peru, Norway, Germany, Russia, South Korea, the USA, Austria, New Zealand, France, the Netherlands, Poland, Slovenia, Australia and many more. His numerous television appearances with the group include the Jerry Lewis MDA Telethon (broadcast to 32 million people), the Emirates Melbourne Cup, Channel 7 Telethon in Perth, Vision Australia’s Carols by Candlelight and 2012 UEFA Euro FanZone opening in Warsaw, Poland.

As a solo artist Luke performed on the nationally televised CAROLS IN THE CITY in 2006, 2007 and 2010 for Ten Network and Nine Network, where he appeared alongside Marina Prior, Paulini Curuenavuli, Silvie Paladino, Stan Walker, James Morrison and Guy Sebastian. Luke also appeared as a headline artist for CREATIVE GENERATION in 2010, 2011 and 2012 for Ten Network which is broadcast nationally in Australia

And then… Luke Kennedy decided to audition for the Australian series of The Voice. At the Blind Audition he sang Un Giorno Per Noi (A Time For Us) to a standing ovation from all four coaches, before selecting Ricky Martin as his mentor. 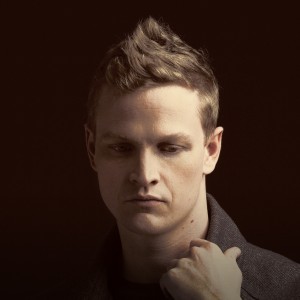