Rising to fame by placing fourth on New Zealand’s Got Talent, the group’s YouTube videos have over 10 million views and their Facebook page has over 110,000 likes.

JGeeks Dance Group have performed across the globe, including in Europe, America, Asia and Australasia, and were the leading entertainment act at New Zealand Fashion Week. Their list of previous clients includes Microsoft, Sony, Vodafone, Toyota, Nike and UB40. JGeeks have also appeared on multiple television and award shows, and made frequent festival appearances.

Perfectly suited to any event, the JGeeks Dance group is sure to impress and entertain your guests. They enjoy sharing New Zealand’s Maori culture in a way that is fun, modern and exciting. 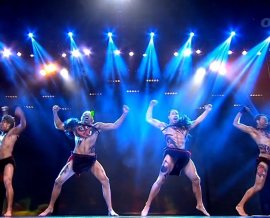