Journalist and National Affairs Columnist for The Australian Financial Review

As a journalist with over 30 years’ experience, Jennifer Hewett has written for some of Australia’s leading newspapers and magazines. She has appeared across multiple medias including television, radio and print.

Jennifer began her career in 1976 as a cadet journalist with WA Newspapers in Perth. After completing a master's degree in Journalism at New York's Columbia University Journalism School, where she was awarded best international journalism student, she joined The Sydney Morning Herald in the Canberra press gallery.

Between 1983 and 1986 Jennifer was the New York and then Washington correspondent for The Sydney Morning Herald, before returning home join The Australian Financial Review as a political and business feature writer. In 1996 she returned to Washington for another three-year stint as correspondent for the Herald before returning to take up a position as political and business feature writer.

Jennifer rejoined the AFR in 2003 as a senior writer before joining The Australian in April 2007 as National Affairs Correspondent.

Jennifer is currently the National Affairs Columnist for The Australian Financial Review and writes a daily column on the topics of business and political issues. She has also worked in New York and Washington as a foreign correspondent. 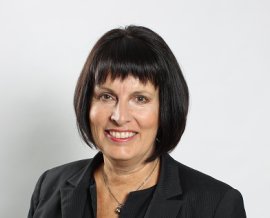