As the Senior Feature Writer for Queensland’s premier weekend magazine, Frances Whiting knows how to adapt to readers, evoking feelings whilst they read her columns.

Her columns featured by Sunday Mail, which she has been authoring for 17 years, are a reflection of her skills of her previous career as an Associate Editor in combination with her current title.

Two collections of her columns have been published, titled ‘Oh to be a Marching Girl’ in 2003 and ‘That’s a Home Run, Tiger’ in 2006. They have both been featured on national best-seller lists and are prominently highlighted in several book clubs.

In September 2013, Whiting published her much anticipated novel ‘Walking on Trampolines’ which has proved to be a hit with audiences and reviewers.

As well as working heavily as a writer, she also has a strong presence in the charity sector. As a former school teacher, Frances is heavily involved in children’s charities and is the Queensland patron for Kids Help Line. She also supports the work of Make a Wish Foundation, The Cressbrook Committee and the Motor Neuron Disease Foundation.

Frances Whiting is an articulate speaker whose relatable personality connects with audiences as she makes them look at the positive side of life. She can be a Master of Ceremonies or a host at any corporate or award dinners. 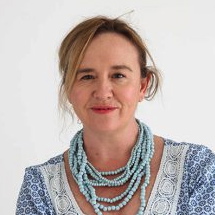