An expert in consumer trends, branding, marketing, and social media

As a serial entrepreneur and Founder of Sevenly.org, Dale Partridge is best known for his expertise in consumer trends, branding, marketing, and social media. As a creative leader, Dale has been credited in influencing industries to rethink their business models.

Starting his first company as a teenagers, Dale has since been a partner and launched a number of successful multi-million dollar organizations. With a mission to lead a new generation toward generosity, Dale is passionate about empowering business leaders and teaching them the philosophy that people matter.

As an author, Dale has published his own book, ‘People over Profit’, as well as had several article published in various business magazines, including Entrepreneur Magazine, INC Magazine, Mashable, MSN Money, Forbes and the Los Angeles Times. Dale has also appeared on FOX News, NBC, and various other talk shows.

As a speaker, Dale leads with authenticity and honesty, developing his own style and speaking philosophy, which has earnt him trust and credibility globally. 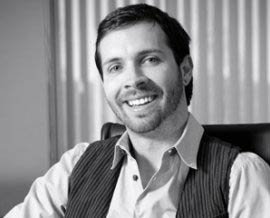