One of our greatest talents and entertainers

As a multi-award-winning actor, entertainer, producer and author, Shane Jacobson is a much beloved Australian personality, Shane has worked with some of the biggest names in entertainment, including Geoffrey Rush, Jeremy Clarkson, Bryan Brown, Guy Pearce & Hugo Weaving.

Known from his role in Aussie classic ‘Kenny’, Shane has since acted in a variety of movies, including 'The Bourne Legacy', 'Charlie & Boots', 'Time Of Our Lives', 'Top Gear', 'Oddball', and 'The Dressmaker'. Working not only as an actor, Shane has also been a producer, bringing shows to the screen.

Shane has worked as an author, penning articles on the topic of automotive, as well as authored his own autobiography, which has become a bestseller.

He also finds time to regularly host events and programs across Australia, as well as supports a wide number of charities and causes. 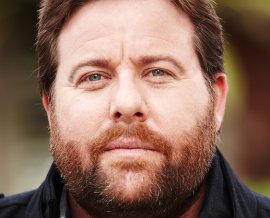