Winners of the Channel 7 Hit Show My Kitchen Rules

Sammy and Bella are the team who blew the minds and impressed numerous world renowned chefs when competing on and winning, series two of Channel Sevens high rating show My Kitchen Rules.

These two girls became much loved household names after taking a gamble and resigning from their secure jobs in the fashion industry to take part in the hugely popular serie  This gamble certainly payed off and gave Sammy and Bella the leap and head start they needed to pursue a career and succeed in the food industry.

Sammy and Bella’s love of all things food started at home from very young age, they thought that everyone shared this appreciation but came to realise their family love was so much more. Their families approach was always that “home cooked food is the best food”. This meant that food was always fresh and often harvested by the family which led to always helping out in the kitchen and gaining an appreciation for food, leading to the motto that fresh, local and seasonal are always the greatest assets to cooking.

Cooking is in Sammy and Bella’s blood and they remain true to their Hungarian and Polish Heritage with many of their favourite recipes being passed down by generations of family females. Sammy and Bella’s grandmother Ursula was a huge inspiration, she worked as a caterer for many different embassies in Warsaw and on an occasion even catered and cooked for Bill Clinton.

On My Kitchen Rules Sammy and Bella presented traditional and new Polish Cuisine dishes with their special Beetroot Broth with Wild Mushroom Tortellini being their most traditional and famous dish demonstrating a true testament to their grandmother’s influence. Introducing and bringing the flavours of Central Europe to the Australian palate is in the forefront of Sammy and Bella’s cooking along with using their love of travel to include many different cooking skills and flavours from countries and cultures around the world.

From fresh produce to holding a passionate respect for animals in life and in death as ambassadors for RSPCA and supporting free range farming, the girls embrace and practice nose to tail eating, accepting of all cuts of the animal, they showcase how serious they are about their beliefs with some of their much loved and favored foods including blood pudding, duck liver pate, braised pigs trotters, and roasted bone marrow.

Since appearing on MKR, the sisters have thrown themselves into a food career with a blog and personal chef business, catering for weddings, private dinners, cocktail parties and corporate events The girls launched their business spectacularly with a hit dinner party at Larry Emdur’s house, feeding 10 celebrities including Tom Williams, George Hourvadas and of course Pete Evans and Manu Feildel who judged their food 11/10.

They have been determined not to be just another reality TV contestant and work hard with dedication and passion in the kitchen and towards their careers in food, they are the resident food experts on The Morning Show, the Home Cooking Experts for LifeStyle Food Channel, and presenting their own show, Food For Life on 4ME (channel 74) as well as making appearances on Sunrise, Christmas with the Stars and New Idea TV. Sammy and Bella also feature in Print media with their recipes appearing on the pages of popular publications such as New Idea, Cosmopolitan and OK Magazine.

It is clear to see how Sammy and Bella quickly built a reputation as the real girls next door and everyone’s best friend in the kitchen. 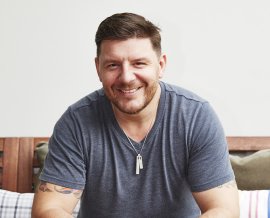 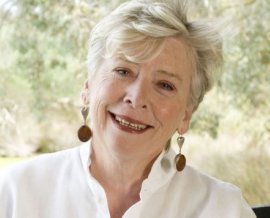 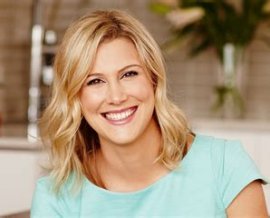