Cameron Daddo continues to work between Australia and America as an actor, singer/songwriter and presenter.

After relocating to Los Angeles almost 20 years ago, Cameron made his way onto the big screen with roles in films Anthrax, Big Momma’s House 2, Passengers and David Lynch's Inland Empire.

The Logie Award winner has successfully pursued roles in a long list of high profile American television crime programs such as Monk, CSI: Crime Scene Investigation, Boston Legal, 24, The Mentalist, Without A Trace and NCIS. He has also had the lead roles US series, Models Inc, Hope Island and FX-the series. Cameron portrays Matthew Gill in Beaconsfield, the Mine Manager who leads the control room team during the rescue.

Cameron’s 2012 Australian television credits also include a regular guest role on the Seven Network family drama series Packed to the Rafters. 2012 will also see the release of an album of easy listening tracks featuring Cam’s vocals and acoustic guitar. In recent years he has hosted local productions including Monster House (a children’s reality talent show), With Friends Like These (an on the road version of This is Your Life, featuring Anthony LaPaglia), and played a lead role in the telemovie Scorched.

Cameron had his first modelling job at 18 months of age dressed as a bunny at a tea party.  At age 16, his father was transferred to the US and Cameron spend his sophomore and junior years of high school in New Jersey. At age 18, he returned to Australia to finish school. Walking into a modelling agency one day asking to use their phone, he walked out with a modelling contract.

Cameron spent the following two years making TV commercials, modelling in Japan and Europe and taking part in the Australian version of the TV show “Star Search”, where he won I the “Spokesmodel” category.

He was then cast as host of the Australian Children’s TV show, “Off The Dish”, which spun off into his own show, “The Cameron Daddo Show”.

At age 21, he was hosting Australia’s Number One program, the game show “Perfect Match”, making him the youngest individual to ever host a primetime TV show in Australia. After a couple of years in hosting roles, he turned his sights to acting. His first role was in “The Heroes” and then followed the successful stage musical “Big River” in which he played the lead role of Huck Finn. His performance awarded him a “MO” Award (the equivalent to a Tony Award), and Variety’s Theatre Performer of the Year. The show ran for 15 months with over 1,000 performances. Cameron’s other theatre credits include “I Hate Hamlet”, “Love Letters”, and the Australian Opera’s production of “The Wizard of Oz” (he played the role of Scarecrow), and “The Hunting of the Snark”.

In 1990, he took on the lead role in the TV series “Bony”, for which he won the Australian People’s Choice Award for Best Actor in a Dramatic Series. He also starred in “Golden Fiddles” and his performance as a bicycle champion Don Walker in “Tracks of Glory” earned him two Logie Awards, the Australian equivalent of the Emmy Awards.

In December 1991, he married Alison Brahe, and the couple moved to the US in 1992 to pursue their acting careers. He landed his first US role in the TV movie “Between Love and Hate”, and then played alongside Sean Patrick Flannery, Catherine Zeta-Jones and Daniel Craig in “The Young Indiana Jones Chronicles”.

Cameron’s North American breakthrough came with Aaron Spelling’s TV series “Models Inc.” where he played photographer Brian Peteresen.  In 1996, he played Rollie Tyler, a special effects wizard, in “FX: The Series” (a character that had been portrayed by his friend Bryan Brown in the two FX feature films).

After taking a part in the Australian TV movie “Witch Hunt” with Jaqueline Bissett, Cameron earned the lead role as Minister Daniel Cooper in the PAX TV series “Hope Island” in 1999.  He went on to portray Jack Garrison Jr. in “Anne of Green Gables: The Continuing Story”, and had several guest appearances in shows including CBS’s “CSI: Crime Scene Investigation” and “CSI Miami” along with “West Wing”, and “Monk”. After starring in the “Incredible Mrs Ritchie” in 2003, Cameron joined the cast of “She Spies” in the second season of the show. 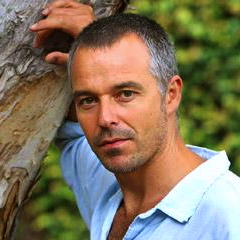