A musical force to be reckoned with

Already having years of experience gracing Australia’s largest stages with high profile performances, Sam Ludeman is a musical force to be reckoned with. Sam has proven himself to be one of Australia’s premier performers.

Sam initially received national attention after becoming a finalist on Nine Network’s first season of The Voice, earning a coveted position on Team ‘Seal’. Sam has also been seen on television playing Curtis ‘the kid’ Conlon for Channel 7’s City ‘Homicide’, modelled and shot with Myer for their boxing day sale catalogue and more recently as the hero characters in two national TVC’s for VW Polo and William Hill.

Currently he has been wowing the corporate scene with his powerhouse party band, bringing current hits and classics to life in his own unique and very charming way.

On stage, Sam has held leading roles in some of Australia’s favourite musicals in recent times: as ‘Sonny’ and ‘Kenickie’ in the Australian/Singapore tour of Grease; as ‘Joe Vegas’ in Fame; and as ’Sonny Malone’ in Xanadu and many more.

A true triple threat, with his smouldering good looks, amazing voice and acting talent, your event will shine with the talent of Sam Ludeman. 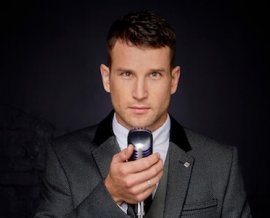