One of Australia’s leading cabaret and music theatre performers

Naomi Price is one of Australia’s leading cabaret and music theatre performers.

Naomi is best known for her performances on The Voice Australia, as Adele in Rumour Has It and Miley in Wrecking Ball; both award-winning shows written together with Adam Brunes for their production house The Little Red Company touring nationally and internationally since 2012.

Rumour Has It has enjoyed astronomical success around Australia and overseas, with recent seasons at Sydney Opera House, Adelaide Cabaret Festival, Hamer Hall Melbourne, Queensland Theatre Company and Kuala Lumpur Performing Arts Centre. Naomi portrays pop idol Adele and belts out some of Adele’s biggest hits including Skyfall, Rolling in the Deep and Someone Like You.

Originally from England, her extensive performance credits include the original cast of Ladies in Black The Tragedy of King Richard III, Kiss Me, Kate, Gloria, Rumour Has It, Wrecking Ball,  The Wishing Well, Twilight Concert Series, Opera Selvaggio, The Class of 69, Women in Voice,  Chartbusters 2 and national tours for shake and stir theatre co. Her television performances include The Voice Australia, Creative Generation, Channel Nine Telethon, The Morning Show, Carols in the City and NRA Fashion Awards. 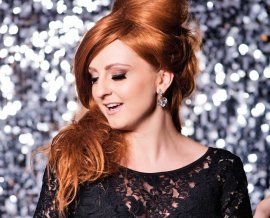