Kristy Sellars began pole dancing in 2007 and was instantly hooked. With a solid dance background already up her sleeve, Kristy is passionate about performance and is world-renowned for her choreography.

Founding PhysiPole Studios in 2009, the pole dancing phenomenon has increased quickly and has grown to now be the largest Pole studio in Australia growing to 17 locations across 5 states.

After her third child in November 2018, Kristy began training for Australia’s Got Talent, which she won in September 2019. 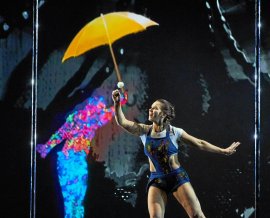