As one of Australia's most sought after magicians, Ben Bradshaw has entertained audiences across the country. From TV perfromances to breaking Guinness World Records in Magic, there isn't much Ben hasn't done in the world of magic.

His shows combine humour, audience participation and magic to produce a show that is guaranteed to leave your guests mesmerised and amazed. Ben performs over 200 shows a year both nationally and internationally.

For the past 10 years, Ben's magic has been seen by millions of people, including some of Australia's leading companies and corporations.

Ben has broken three Guinness World Records for his famous straight jacket escape and has been nominated for Sight Act, Comedy Act and Entertainer of the Year.

His magical skills have been seen by some of the nation's largest coporations including Dulux, Sony Music, Commonwealth Bank, Sensis, DHL Express, Telstra, the Australian Government and Coca Cola, as well as many more.

With the ability to tailor his shows, Ben ensures his audience is left feeling entertained and impressed.

Ben Bradshaw is one of Australians leading corporate entertainers who specialises in making functions and corporate events, fun and memorable for companies worldwide. He is able to host awards, amaze your guests or motivate audiences with a teambuilding show. 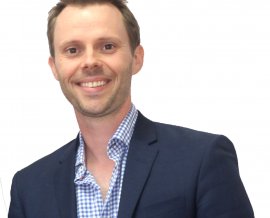