Boasting extensive experience in television, movies and musical theatre, there isn’t an entertainment medium that hasn’t been embraced by Rhonda Burchmore.

A star in musical theatre, Rhonda has starred in a multitude of productions, including ‘Sugar Babies’, ‘Song And Dance’, ‘They’re Playing Our Song’, ‘Lend Me a Tenor’, as well as many others.

In 1987, Rhonda was featured in David Atkins hit ‘Dancin’ Man’, before being sought out for her tap talent.

Rhonda has won many awards for her roles in musicals, including a Green Room nomination for the role of Tanya in ‘Mamma Mia’.

As a music personality, Rhonda is a popular television guest, having been seen on shows across Australia.

Rhonda has performed for President Clinton, sung the National Anthem at the Melbourne Cup and the Australian Grand Prix.

She is a highly sought-after public speaker and performer in the corporate arena, as well as a proud ambassador to many charities.

​Submit an enquiry or contact us to book Rhonda Burchmore for your next event. 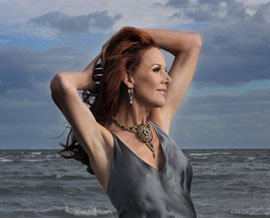