Hear from a renowned athlete who encourages everyone to achieve

Priya Cooper is a passionate young woman who encourages everyone to reach their goals, no matter what stands in their way. She has a natural ability to speak to anyone regardless of age or background, and quite often receives a standing ovation from her audience.

Born with cerebral palsy, Priya began swimming at a young age for therapy. In 1988 she competed at the British National Swimming Championships where she won four gold medals, one bronze medal and set a world record.

Three years later, whilst she was participating at a school swimming carnival, Cooper was approached and invited to represent Western Australia. She competed in the National Wheelchair Games and won an astounding nine gold medals.

In 1992, after impressive dedication and hard training, she attended the Barcelona Paralympics, her first international competition. Here she won three gold medals and two silver medals, breaking two world records and three Paralympic records. As Priya won the most medals of any athlete in attendance, she was given the honour of carrying the national flag at the closing ceremony.

When she arrived back to Australia, she was awarded with an Order of Australia Medal for her services to sport and became an Australia Day Ambassador.

Priya then set out to accomplish even more at the upcoming World Swimming Championships in Malta in 1994. She competed in five events, winning five gold medals, setting four world records and was captain of the Australian team.

A year later, she attended the Pre-Paralympic Swimming trial in preparation for the 1996 Paralympic Games. At the trial, she won eight gold medals in eight events and set one world record.

When she attended the 1996 Paralympic Games in Atlanta she not only captained the Australian team but also won five gold medals, one silver and one bronze medal. She also managed to set three world records and five Paralympic records.

In 1999, she was named as Young Australian of the Year for Sport.

After preparing for two years, Cooper participated in the 2000 Sydney Paralympics. She set her own goals to win gold for her country whilst the Paralympics where being hosted in her country. After lots of hard work and focus, Priya achieved her goal, winning gold in the 400m freestyle and three bronze medals in other events.

As well as being a renowned athlete, Priya also holds a degree in Health Promotion and Journalism from Curtain University in Western Australia.

An incredible motivational speaker, Priya Cooper has spoken at multiple events for major corporations and government organisations across the nation.

Success is a Choice
Priya aims to remind every audience member that goals can be achieved no matter how far away they may be.

It is the first time in the years I have been involved in the Association that I have seen a guest speaker receive a standing ovation at our annual state conference. Priya received two. She made members laugh, she made them cry and she challenged them. She was truly inspirational. We thank her for being what she is and wish her well

Our guests found Priya totally inspirational. She radiates warmth and has the audience in the palm of her hand very quickly. Fantastic speaker.

Priya was fantastic. Everyone in the audience walked away feeling positive and inspired and could relate Priya’s message to their own lives.

Absolutely fantastic! Set the mood for the conference. Very engaging and full of life, fun and energy. Excellent speaker. 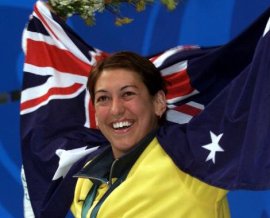