Uses his experiences to motivate in leadership, persistence and strength

Nick Maxwell reached the pinnacle of his football career in 2010 standing on the podium at the MCG hoisting the premiership trophy above his head.

As a sports hero and champion of change management , Nick relies on the skills he learned growing up in Geelong and playing local football.  His determination to work hard and be the best he could be resulted in being selected as captain of Collingwood Football Club.

Nick Maxwell has displayed courage and perseverance throughout his career.  From being overlooked in the 2001 draft to being selected as a rookie in 2002 by Collingwood, Nick has utilised his determination to play strongly and rise from the ranks to become one of the club’s greatest leaders.

Living by the creed, “Never lose sight of your dreams.” Nick motivates players and leaders in sport and business. His energetic and determined outlook is proven in his ability to inspire and motivate people and teams in leadership, persistence and success.

Nick is also available to use his wisdom as a player and captain to coach footballers of any age.  His hands on approach at taking teams through the paces using the insight he has learned as an AFL hero. 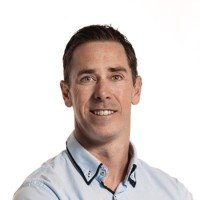