Jelena Dokic has had a storied and well-documented life and tennis career both on and off the tennis court. She started playing tennis when she was six years old and very quickly became the national champion in multiple age groups. However, the war erupted in former Yugoslavia and the family was forced to escape twice. Jelena and her family were refugees before settling in Australia when she was 11 years old.

In 1998, as a 15-year-old, Jelena won the US Open junior title and the French Open doubles title. She became number 1 junior in the world in 1998 and also made a Fed Cup debut the same year winning both her singles matches and becoming the youngest player ever to represent Australia in the Fed Cup.

In early 1999 still only 15 she won the Hopman Cup for Australia partnering Mark Philippoussis and also reached the 3rd round of the Australian Open at 15. Later that year at the age of 16, she caused one of the biggest upsets in tennis history beating world number 1 Martina Hingis as a qualifier. It still remains the only time a world number 1 has lost to a qualifier at Wimbledon. She went on to reach the quarter-finals of Wimbledon that year and it catapulted Jelena to prominence on the world stage.

Her rise continued as she reached the semi-final of Wimbledon the following year in 2000 at the age of 17, the first Australian woman to do so since Evonne Goolagong Cawley. Jelena also finished 4th at the Sydney Olympics in 2000.

In 2001 Jelena won her first WTA singles title in Rome. She went on to win 2 more titles that year and reach the top 10 in the world at the age of 18. At the age of 19 she reached world number 4.

After a string of injuries and a battle with depression, Jelena made a comeback to tennis in 2008 and had an incredible run at the 2009 Australian Open reaching the quarterfinals and also winning her first WTA title in nine years in Kuala Lumpur. Jelena's latter part of her career was riddled with injury and illness which forced her to retire early.

Jelena has penned the best-selling autobiography Unbreakable, a book which details her career and her life. In the book, she details the struggles of being a refugee, dealing with poverty, racism, bullying, and discrimination. She also talks about the physical and emotional abuse she suffered for over 20 years at the hands of her father which started when she was just six years old. She also talks about dealing with heavy depression and almost committing suicide.

Jelena now pours her efforts into commentary and TV work for Channel 7, Fox Sports and Tennis Australia. She does work for multiple radio stations and she regularly writes columns. 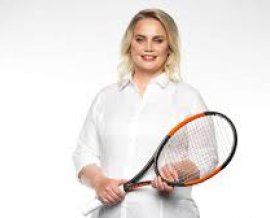