World-class branding and marketing can be undertaken by smaller players

Tim Pethick started nudie in late 2002. In the space of less than 2.5yrs, he build nudie into a business turning over more than $18million a year and had created a brand which was recognized as one of the top 10 most influential brands in the Asia Pacific region. Tim’s story of the creation of nudie has been recognized by businesses both large and small as providing key lessons about how to make connections with customers through an innovative emotional branding strategy. The nudie business was built in a market place dominated by a few, very large players and yet the nudie product became ubiquitous. Tim used unconventional marketing tactics, many of which were pioneered in Australia by him and that led to the creation of a new ‘super-premium’ bottled juice category in the market place.

Tim stepped aside from daily involvement with the business in March 2005 and is now an entrepreneur and brand guru who is working on the launch of a number of new brands and businesses. Recently, Tim has helped launch a new superannuation brand Max Super, and has launched a female lifestyle brand Joy Herbal and is a partner in a new virtual p.a. and lifestyle management business Sym Metra PA.

Tim is in high demand on the public speaking circuit and talks about branding, marketing and entrepreneurship. He also appears every Sunday on My Business TV on the Channel 7 network with David Koch. He divides his time between Australia and the UK. 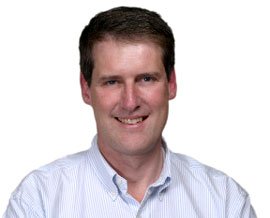