Andrew Winter started his career in real estate at the age of 17, selling his first house within a matter of months, and has continued with his passion. He went on to spend a couple of years with Chartered Surveyors. Learning everything about construction, structural issues and building faults and issues, Andrew fine-tuned his real estate skills to become one of the best-known agents in the country.

Whilst selling properties in London and Kent, he was approached to present and research a new television program about one of his favourite subjects – selling houses. Today, ‘Selling Houses Australia’ is the most popular non-sports program on Foxtel and has made Andrew Winter a household name.

As an author, Andrew has released several books and in 2014, he released his second book titled ‘Andrew Winter’s Australian Real Estate Guide’.  He has also written articles that feature in national, regional and local newspapers and magazines.

Speaking to numerous organisations about all things real estate, Andrew has been an MC and presented to Australian Unity Retirement Living, Grand Designs Australia LIVE, Bunnings, Lend Lease Retirement Living and the Property Masterclass for News. He has also appeared on The BBC’s ‘Good Homes Show’ and ‘House and Garden Show’.

Passionate about educating consumers, Andrew Winter is an excellent host, MC or real estate speaker. He can speak about an assortment of topics including how to prepare your home for sale, how to achieve the best sale price, what to look for when buying a home and how to successfully downsize during retirement. 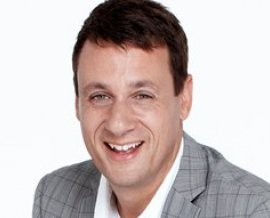