An impeccable singer, Harrison Craig made his mark by winning the second season of ‘The Voice Australia’ in 2013.

At a young age, Harrison suffered from a stutter but music and singing became his remedy as he found a place of peace and contentment.

Since taking home first prize, Harrison has set records on the ARIA charts as his first album More Than a Dream reached platinum status and his second album L.O.V.E achieved gold status at remained in the top 10 album charts for six weeks.

His unique voice and crooners style sets him apart from the crowd and he draws inspiration from Frank Sinatra, Elvis Presley and Nat King Cole. This has made Harrison widely popular, connecting with older and younger audiences.

Harrison Craig continues to write, record and perform his own music and is currently working on his third studio album. 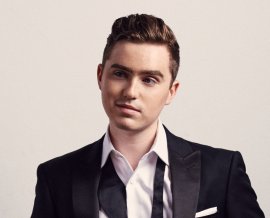