As a highly sought-after MC and motivational speaker, Tracey Spicer is one of the most versatile journalists and presenters in Australia. She has been featured across all forms of media, including television, radio, newspapers, magazines, and online.

Over her 25-year career, Tracey has anchored news, current affairs and lifestyle programs in Sydney, Melbourne and Brisbane.

Currently, she works as an anchor for Sky News, weekly columnist for Fairfax Media and The Hoopla, radio broadcaster, and presentation trainer at the Australian Film, Television and Radio School.

Tracey is a proud ambassador for many causes and charities including ActionAid, World Vision, Life’s Little Treasures, Karitane, and Dying with Dignity. She is a Patron of the NSW Cancer Council and the National Premmie Foundation, as well as the face of the Garvan Institute’s research into pancreatic cancer.

As a speaker, Tracey is passionate about women’s rights, social justice, and equal opportunity, and is an active lobbyist for the voluntary euthanasia movement. 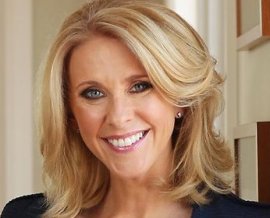