Co-creator of the Earth Hour initiative and sought-after motivational speaker.

Todd Sampson is the popular star of ABC’s hit TV show The Gruen Transfer and the CEO of Leo Burnett Sydney; one of Australia’s top creative advertising agencies. Born in Nova Scotia, Canada, Todd entered university at 16 on a full scholarship and by age 24 had completed an MBA. He came to Australia 11 years ago, following a circuitous route that included North America, Germany and South Africa. An entrepreneur and technology strategist, with more than a dozen years' experience in the online sector, Todd first joined Leo Burnett Sydney in 2002 as a strategist.

He is one of the few CEO’s in Australia to come from a strategic background. He has been a Managing Partner and Head of Strategy for over 10 years and during that time he has helped lead some of the most successful and creative agencies in the world. In 2008 Todd won the coveted Titanium Lion at Cannes and B&T's Creative Campaign of the Year in Australia.

He is the co-creator of the Earth Hour initiative, which has been recognised as one the best ideas in the world and awarded the Yahoo Chair for Innovation. In 2009, 1 billion people participated in Earth Hour making it the biggest environmental movement in history.

Todd’s presentation is built on real life experience and explores innovative ideas, cultural change and problem solving. He combines creativity, idea generation, leadership, culture change, earth hour, problem solving, innovation, bravery and adventure all wrapped up into one real life personal journey. He offers practical advice in a unique and plain speaking way, that will motivate and inspire your audience. 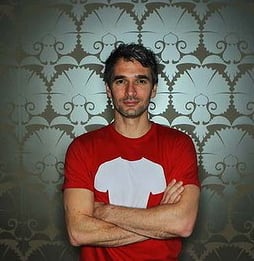