In 2016 Tiff launched TIFFXO, a highly successful, holistic online fitness and lifestyle program. In the same year, she also launched her activewear collection TIFFINY HALL for FILA. 2017 saw the release of Tiffiny’s new podcast ‘Crappy to Happy’, launched on the PodcastOne network to rave reviews.

Tiffiny is well known for her role as a trainer on three series of The Biggest Loser Australia, winning her first series and earning a Logie nomination for Most Popular New Female Talent.

She is currently seen as the regular Health and Wellness expert on Network Ten’s The Living Room.

Tiffiny first hit our screens in the remake of Channel Seven’s Gladiators as Gladiator Angel, then continued to present a weekly health/lifestyle segment on The Circle. She has since appeared on The Biggest Loser, The Living Room, Have You Been Paying Attention, Kids WB, Studio 3, Fox8, Today Tonight, Sunrise, Mornings, Today, The Project, ABC, Love to Share, Nickelodeon, Slide Show, Studio10, The Loop, Couch Time, Crack Up ABC and Celebrity Come Dine With Me.

Famous for her flying kicks, Tiff is one of the highest qualified martial artists for her age in the world. She is a 6th Dan black belt Master Instructor with more than 20 years experience in Taekwondo and mixed martial arts. She is a personal trainer with a Diploma of Sports coaching with a specialisation in martial arts and kickboxing qualifications.

With a double degree from Melbourne University, Tiffiny worked as a journalist before publishing five health and fitness books including the very popular wellness and exercise manual You Beauty!

Not just all about kicks and punches, Tiffiny has always loved to write fiction. Winning the prestigious John Marsden Creative Writing Award, she released her Roxy Ran trilogy in 2012, including White Ninja, Red Samurai and Black Warrior. Her teen novel Maxi and the Magical Money Tree followed and she is currently writing a young adult novel soon to be released with HarperCollins Publishers.

Tiffiny continues to be a positive role model in health and fitness as she helps other to shine, be confident and to become Happyfit!

Tiffiny and her husband comedian Ed Kavalee are the proud parents of baby Arnold. 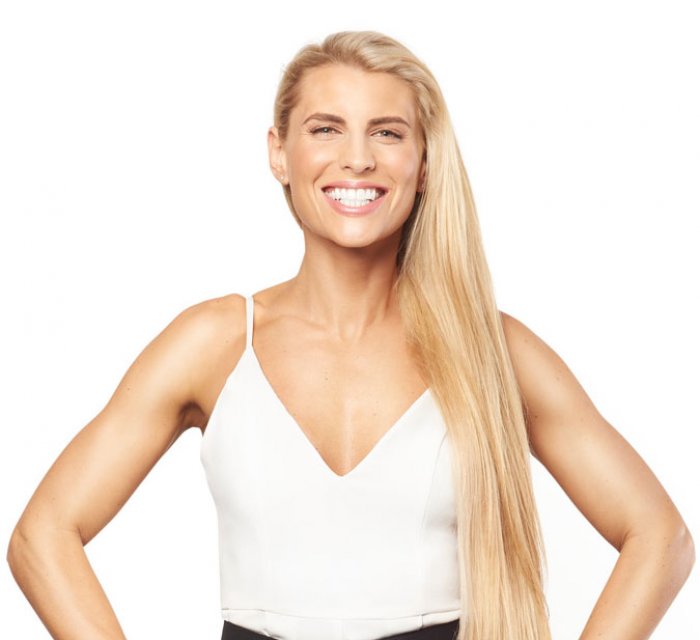