Change the way you see adversity

Sharon Bown is no stranger to trauma. For 27 years she has studied, witnessed and survived it. She will tell you that she has also grown from it.

Born and raised in Hobart, Tasmania, Sharon served as a Nursing Officer in the Royal Australian Air Force for 16 years. She deployed to Timor-Leste in 2000 and again in 2004, where she narrowly escaped death twice – first in a near-fatal helicopter crash and again during the surgery that followed. Having fought for her life, Sharon took on the colossus of the Australian Defence Force to overcome her injuries and to fight to save her career. She exceeded all expectations and in 2008 was appointed to command in a theatre of war – Afghanistan.

A Registered Nurse with a Bachelor of Psychological Science, Sharon translates the contemporary research surrounding resilience, mindset, and posttraumatic growth, and explores the strategies that can transform personal trauma into personal growth.

Sharon is the award-winning author of One Woman's War and Peace: a nurse's journey in the Royal Australian Air Force and this humble Registered Nurse from Tasmania now serves as a Member of the Council of the Australian War Memorial and as an Ambassador for Phoenix Australia – Centre for Posttraumatic Mental Health.

As the global pandemic continues, Sharon Bown can tailor her presentation to discuss the effects of the coronavirus on your ability to see adversity differently. Sharon can present her keynote speech by virtual broadcast to your organisation through videoconferencing, live streaming and Zoom events.

Hearts that RISE: One Womans War and Peace
“I have worn their blood. So many of us have worn their blood”. These are the words of Air Force nurse, Wing Commander Sharon Bown. Not only has she worn their blood, but others have also worn hers. Hear Sharons story of service, sacrifice and survival, and share in the experience of providing healthcare in some of the most impoverished and dangerous places on Earth.
RISE by Lifting Others
Sharon defines leadership as the ability to lift others to their greatest potential, and her most challenging and rewarding test of this was her command in the Afghanistan war. She openly explores and recounts her experience of leadership in adversity, including caring for your team, yourself and your enemy; deriving purpose from darkness, and the benefits of leadership at every level.
RISE from Adversity to Growth
Sharon has survived life threatening trauma twice, witnessed shocking human trauma in peace and war, and studied the psychology of traumatic stress and growth. She candidly merges her experience and knowledge to translate psychological science into strategies for growth. Accompany Sharon as she rises from a near fatal helicopter crash, fights to save her military career, and ultimately proves her capability to command in the Afghanistan war.
RISE to Purpose
Sharons life purpose was to make a difference in the lives of others, but when disabling injuries ended her military nursing career, her sense of purpose seemed tragically lost. She explains how a painful ending became a beginning, as she discovered that her why had never relied upon her what. Witness the reinvigorating career pivot that has enabled Sharon to continue to make a difference in the lives of others and to continue to live her purpose, beyond her military service.

I would like to say a heartfelt thank you to Sharon for her involvement in, and contribution to, The National Police, Defence and Emergency Services Women’s Leadership Summit last week. The feedback from the delegates has been overwhelmingly positive.

I have seen, heard and felt Sharon Bown lift audiences and take them on an emotional journey. In sharing her story in raw authenticity, she reveals not only herself, those remarkable lives she has touched and who have touched her – but also those privileged to hear her. The power is in the story but also in the story teller. In a world of so called ‘celebrity’, Sharon Bown is the real deal. She enriches any audience she addresses. Leadership can’t be taught, but it can be learned. Here is a magnificent exponent. 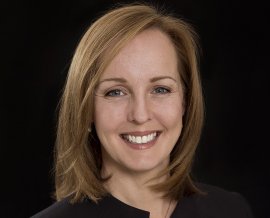