Paul Warren demonstrated courageous attitude and extensive determination when he lost one of his legs after an improvised explosive device detonated whilst he was based in Afghanistan. The young soldier’s life would be forever changed in that moment.

A former Muay Thai kick-boxing Champion, Paul was used to the physical punishment, but nothing could prepare him for what he faced when he joined the Australian Army.

In July 2009, a mere one month after arriving in Afghanistan, Paul Warren encountered an IED which tore off his right leg and instantly killed his friend, Private Ben Ranaudo. A quick thinking battalion came to his aid and took him to a helicopter, where he was flown to Germany before returning to Brisbane for surgery. His partner Dearne, who he had only met 4 months before deployment, flew to Brisbane to be by his side and continues to support him to this day.

When he returned to Australia after being injured in Afghanistan, Paul was left with post-traumatic stress disorder (PTSD) and suffered from suicidal thoughts. Guilt and grief overcame him as he dealt with both the loss of his good friend and his lengthy recovery process.

Paul draws on his previous experiences to both inspire and motivate individuals. His presentations demonstrate his courage, determination and mental strength. His story leaves audience members moved and driven to keep pushing themselves to their limit. In 2015, he published his autobiography, “The Fighter”.

As well as being a well-sought after corporate speaker, Paul also works for Mates4Mates which is an organisation that is dedicated to assisting injured soldiers. Acting as an ambassador for North Queensland’s Mental Illness Fellowship Peer to Peer Support Network Program, he is specifically focussed on the mental wellbeing of fellow veterans. 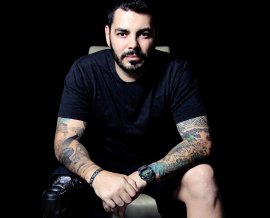