Matt Hall is a third generation pilot, a former RAAF Fighter Combat (Top Gun) Instructor, international unlimited aerobatic competitor and in 2009 became not only the first Australian to ever compete in the Red Bull Air Race World Championship but also the first rookie to finish a Red Bull race and indeed the entire season on the podium.

In 2009, following a decorated career as a RAAF fighter pilot, Matt became the first Australian ever to compete in the Red Bull Air Race World Championships, the fastest and most exciting motor sport series on the planet. Hall finished the season third overall to become the first rookie in history to end his debut season on the podium. He followed that up with two podium finishes in 2010, two more in 2014 and seven in 2015, including victory in Spielberg and Las Vegas, finishing a close second in the final standings.

With lessons learnt and tales told from a life in aviation that includes going to combat, evading missiles over Iraq, life in the Red Bull Air Race and countless near death experiences, Matt Hall keeps your crowd involved while seeding in key inspirational, motivational and educational messages about risk management, preparing to succeed and teamwork.

Whether it is a keynote conference speech, gala dinner or lunch speech, educational presentation or master of ceremony duties, Matt Hall is the right person to compliment your event and enhance the experience of your attendees. 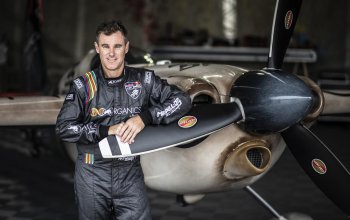