Jana Pittman’s athletic career can be described as ever-changing. From injuries to a complete sporting shift, she has always come out strong and her determination and grit are what helped her do so. She is able to tailor her presentation to suit any audience and it is sure to be remembered long after its finish.

In 1999, Jana was a mere sixteen year old when she won her first junior world title at the World Youth Championships. A year later, she equalled the world junior record for the 400m hurdles and achieved a double win at the World Juniors, winning both the 400m and the 400m hurdles. In the same year she also was selected to compete at the 2000 Sydney Olympics and won the IAAF ‘Rising Star’ award.

Still in her teens, Pittman went on to earn her first senior title at the Commonwealth Games in Manchester. She won the 400m hurdles and anchored the 4 x 400m relay alongside her idol Cathy Freeman.

In early 2003, she became the only person in seven years to slip in front of Cathy Freeman in the 400m race, cementing her place as one of Australia’s top athletes. A few months later Jana attended the World Championships in Paris, where she won gold and was titled as the youngest 400m hurdles Olympic or World Champion in history.

A year later a devastating knee injury caused an unexpected end to her season in the lead up to the Athens Olympics. However, with strength and determination as well as an operation, Jana continued to the Olympics. Although it was not her best performance at an Olympic event, she uses the experience to persevere and it makes her work harder.

Pittman desired to make a comeback from her mistake and in early 2006, she did so. At the MCG in front of a home crowd, she retained her Commonwealth Games title and ensured that Australia did not lose it’s 4 x 400m gold medal. By 2007, she had well and truly made her comeback and was winning many of her starts and claimed a second world title.

She spent the next few years overcoming injuries and personal setbacks that affected her athletic career, until a former track and field training partner invited her to try something different. Astrid Radejenovic had attended two Olympics and required Pittman’s muscle and speed as well as her determination. Jana joined the Australian bobsleigh team in late 2012. Jana’s participation clearly had an impact on the team as in the first race she was involved in they came 7th, an impeccable result for both the team and Australia.  In 2013, the bobsleigh team continued to St Moritz and participated in the World Championships before finishing 14th at the Sochi Winter Olympics in 2014.

Throughout her career, Jana Pittman has faced and overcome endless challenges and has been under constant scrutiny from the media and the public. Her determination, strength and courage enabled her to develop personally and achieve five World Titles and four Commonwealth titles. Jana’s presentations are filled with anecdotes and are intertwined with relatable messages that any audience can learn from. She is able to motivate, inspire and entertain any audience and equip them with the skills to overcome adversity and challenges. 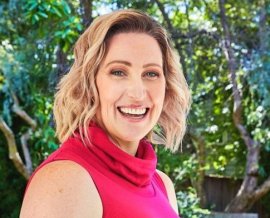