Showing impressive feats of determination and strength, Derrick McManus’ life story and experiences are motivational and inspirational. He is a dynamic and highly sought after professional speaker who can captivate any audience and is able to tailor his presentation to suit.

Derrick has been a member of the South Australia Police for over 30 years and his actions and bravery in response to dangerous situations has always been commended. In 1989 he was awarded the inaugural SA Police Bravery Medal after he and his partner wrestled a gun out of the hands of a man intent on shooting them. McManus was also awarded an Australia Day Young Citizen of the Year Award in 1986 after extensive work within the community.

Shifting into the SA Police Special Task and Rescue (STAR) Group, Derrick was honoured to be a part of a strong team. He understood the danger and perils the job held and the tough situations he would be in attendance to, including siege and hostage situations, high-risk arrests, counter-terrorism as well as cliff and cave rescues.

On the 3rd of May in 1994, McManus was involved in South Australia’s longest siege in history. The incident was 42 hours long and 2000 rounds of ammunition were exchanged between the offender and the police. Derrick was shot fourteen times within 5 seconds with a high-powered semi-automatic rifle. He suffered from many broken bones and severed arteries but had to wait an additional three hours before being rescued and treated.

Incredibly, McManus survived the ordeal and his determination and strength astounded doctors. His spirit and willpower equipped him with the skills to overcome the challenges and adversity he faced in the future. With pure focus, Derrick was able to return back to work as an active member of the South Australia Police STAR Division. Through his role he has also run team-building workshops for large corporations and has addressed conferences and seminars, as well as worked in partnership with non-profit organisations and community groups.

Three years after the shooting, Derrick was appointed as Ambassador to the Australian Red Cross Blood Service after having received 24 units of blood and blood products following the siege.

Derrick McManus’ presentations leave audiences feeling as though they can overcome adversity in their own lives. His story is inspirational and demonstrates how the determination is key to survival. It highlights how belief and goal-setting can help achieve what some may think is unreachable. Every individual in the audience is captivated by Derrick’s story and take away both personal and professional characteristics they can apply to their lives. He is able to combine a keynote and breakout session to tailor to his audience and lead professional development sessions to any organisation or business.

High Stakes Negotiation
When you know you have one of those conversations, from staff reviews through to aggressive company buyouts, you need to know how to negotiate. Negotiation is not just about getting your way, it is a mutual exchange process. The best negotiators will have the other party saying yes sooner and happier.
Human Durability
90% of any success comes from belief and confidence. Elite athletes around the world attest to this. More and more businesses are realising and embracing it. We definitely need to have technical skills and some physical attributes. However, when things start to get tough, we are getting overwhelmed by challenge or pressure is really being applied by your boss, the CEO, your shareholders or your competitors, it is belief and confidence that will drive you to success. Derrick holds a formula for success which is universal and is called Human Durability. This program is practical and pragmatic, you will get the formulas, models and individualised case studies to give you real confidence and courage to believe in your ability to create success.
Seven Pillars of Tactical Leadership
We all need a formula, a model or tried and tested process for building leadership, building a team or creating a culture in the workplace. The 7 Pillars of Tactical Leadership are distilled and have been adapted for use in the office, workshop, dealership and anywhere you are dealing with staff or clients. They are universal principles and are as applicable in your work environment as they are anywhere in the world. The 7 Pillars will help you to build leadership and create great teams of people who achieve success even in the toughest environment.

What Derrick has to say is directly transferable and usable when you walk into the office on Monday morning. It’s very practical and very powerful.

One of the most powerful presentations I have ever seen and truly remarkable in its life lessons. 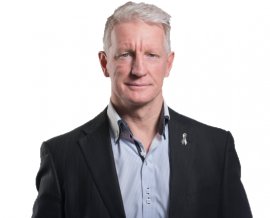