His story will motivate and inspire you!

Deng Adut is a proud Australian, and the most inspirational gentleman you will come across.   At the age of six, Deng was snatched from his family farm in north-east Africa by the Rebel South Sudanese Army and forced to train and fight as a child soldier. He was shot in the back during this time while running in a village.

A chance meeting with his brother enabled him to escape.  Deng was smuggled into Kenya in a truck, hiding in a sack of corn.  Finally arriving in Australia as a 15 year old, Deng could not read or write but he had witnessed atrocities that no child should ever see.

His tenacity and desire to succeed saw Adut take on a part-time job at a service station where he learnt to speak English. Deng went on to study accounting before enrolling in Law at Western Sydney University.

After graduating, Deng began practising as a lawyer in criminal, immigration and family law.  He is a well-known advocate for the Sudanese community and is a revered social justice warrior, helping marginalised refugees with legal advice, mentoring and support.

As a speaker, Adut is articulate and has the ability to engage an audience with his amazing story.  His ability to entwine his own story of horror with his remarkable ability to survive and succeed is both inspiring and motivational.

Deng Thiak Adut was the NSW Australian of the Year for 2017, he is the co-founder of leading Sydney criminal law firm AC Law Group, he also co-authored his biography “Songs Of A War Boy’ published in October, 2016 an emotional recap of his life journey so far. 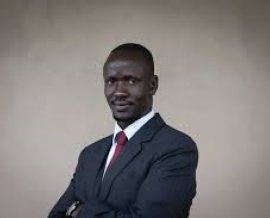