An exceptional speaker and Paralympian, Carol Cooke is the epitome of resilience. She engages audiences with stories filled with emotion with the aim to inspire and motivate every individual within the room.

Raised in Toronto, Canada, Carol followed in the footsteps of her family and served as a member of the Toronto Police Force. She continued the work for over 14 years and worked undercover in the drug squad.

Life changed dramatically when Carol fell in love with an Australian, whom she married, and moved to Australia ultimately settling in Melbourne. In 1998, after competing in the Masters Swimming National in Hobart, she awoke with disruptive balance problems and double vision.

After many tests, Cooke was told she had multiple sclerosis (MS) and was bluntly ordered to go home and get her orders in check before she lost control of her body.  Without immediate family and a husband of a mere three years, she was lost as to how she was going to cope with the unpredictable disease.

Determined to not let the illness define her life, Carol found a passion that keep her feeling inspired and motivated. Since she was a national level swimmer when she was younger she turned to the water to get her through this unsure period in her life. In 2001, she started the 24 Hour Mega Swim which fifteen years later has 17 swims around Australia including in Victoria, New South wales and the ACT.

The Mega Swim raises money for the Go for Gold Scholarship program that is run by MS Limited which helps those with MS to follow their dreams. The swims have raised over $6 million and has allowed MS Australia to initiate a Financial Assistance Scheme project for those who suffer.

In 2006, Cooke took up competitive rowing and made the Australian team in 2008 and 2009. She competed at the World Rowing Championships and took 6th place. In 2007, she received a scholarship from the Victorian Institute of Sport and took up cycling.

Her cycling skills lead her to the 2011 World Para Cycling Championships where Carol won silver medals. In 2012 she joined the Australian Team and headed to the London Olympics where she won a gold medal in the mixed T1-T2 road time trial.

In 2014, Carol won the World Cup and World Championships and finished the season as number one in the world rankings.

Carol Cooke is an inspirational woman who faced unspeakable challenges and uncertainty head-on to come out on top. She has learnt to live in the moment and to not worry about what is in the future. She embraces audiences and teaches them to overcome challenges they may encounter and the importance of resilience and determination. 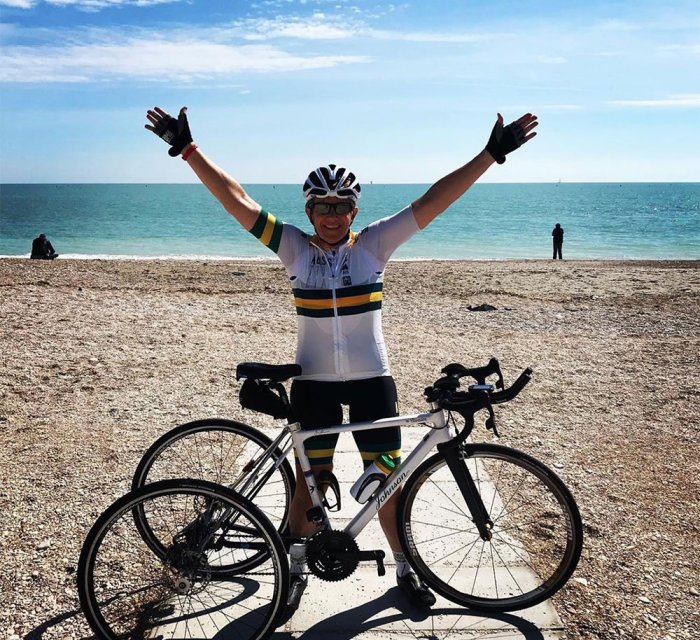