Tracey Curro is a highly experienced corporate moderator/facilitator and MC.  Tracey began her career as a reporter on regional television in Shepparton, Victoria. A year later she returned to her home state to join National Nine News Brisbane as a reporter and weekend news presenter, before being head-hunted by Channel 10 to present Eyewitness News Melbourne and Ten Morning News nationally.

Tracey moved away from daily reporting in 1991, spending the next six years travelling the world as a reporter, first for the acclaimed science and technology show "Beyond 2000" on Seven, and then as a reporter on "60 Minutes" where she is best known for eliciting Pauline Hanson’s 'please explain'. She then turned her attention to documentary filmmaking, producing several documentaries for both the Nine and Seven networks and international broadcasters.

Tracey has penned many feature stories for Australian Women's Weekly, beginning with her mother's battle with ovarian cancer, and Kerry Packer's obituary.

Curro re-joined the National Nine News team in Melbourne in 2003 as a news presenter. Since late 2006, she has been General Manager of Communications at Sustainability Victoria, the Victorian Government agency helping the state's householders, businesses, industries and schools to take action on climate change, and is an Al Gore climate change ambassador. 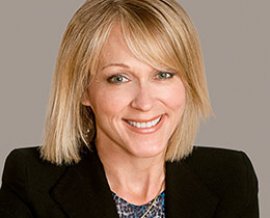