Tim Gilbert has spent over twenty years with the Nine Network and is currently part of the TODAY team as their Sports Presenter. He holds a strong passion for sports, being part of Nine's NRL and Cricket commentary teams.

Tim is a fantastic MC or host for a variety events and utilises his experience in the media to produce a engaging presentation.

Begining his career at Radio 2GN in Goulburn after recieving his Communications degree, Tim also worked at 2UE before joining Nine in 1996.

Working with Nine saw Tim work on virtually all of their sports productions. From reading the sports report on Nine's news bulletin to creating feature stories for 'The Cricket Show' and 'The Footy Show', there isn't much he hasn't done.

Tim has travelled across the globe to cover some of the biggest sporting events, including the cricket in India, major golf tournaments in the USA, the Olympics and Commonwealth Games. He has also hosted the Santos Tour Down Under, which is the southern hemisphere's biggest road cycling event.

Tim is one of Australia’s most accomplished and recognised MC’s and hosts who you can guarantee will make your event memorable and run smoothly. 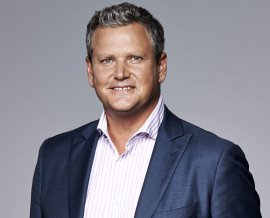