Star of Channel Nine's The Block and Gold Logie Winner, Scott is a likable and professional presenter.

Over the past decade, Scott Cam has become one of Australian TV’s best known and popular faces, putting his stamp firmly on programs such as Backyard Blitz, Domestic Blitz, Random Acts of Kindness, Renovation Rescue and of course as the host of the Nine Network’s hit renovation reality show, The Block.

In addition to his TV work, Scott has written two books on building and renovating: Out The Back and the follow-up, Home Maintenance For Knuckleheads. Scott is also a presenter on the Triple M Saturday morning breakfast show, Wrong Side of the Bed.

Scott grew up in Sydney’s Bondi and attended Waverley College prior to starting a carpentry apprenticeship. After completing his apprenticeship, he set off to explore Australia. Scott worked on sheep and cattle stations, at a remote coastal resort at Exmouth in WA, built boats and worked in Freemantle’s docklands.

During a visit home to Sydney that was intended as a stopover before another trip, he met Ann, decided to stay and three years later they were married. They now have three kids: Charlie and twins Sarah and Bill. Scott started his own building business in 1990.

Scott, Ann and the kids now enjoy the great Aussie lifestyle and slip away to their farm in Mudgee, NSW, whenever Scott’s busy schedule permits. “I like nothing better than throwing a fishing line in the water or relaxing around the barbie, searing a few steaks and enjoying a cold beer with friends,” he says.

Scott Cam is a very talented MC, host and speaker, he is highly professional but also very entertaining.

For further information regarding Scott Cam please feel free to contact one of Keynote’s consultants on 1300 661 904 or info@keynote.net.au and we will be happy to assist you. 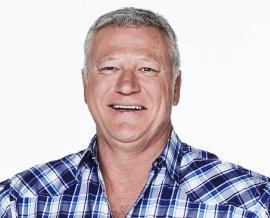