Recognised twice at the Australian Sports Commission awards, Sam was highly commended for Best Coverage of Sport by an Individual (print). She was a finalist in the Best Reporting of an Issue in Sport category for her exposé on the inequitable travel Olympic travel arrangements for the national women's basketball team.

Sam was made Olympics Reporter for The Age in 2012, and the London games were the second Olympics she has covered for Fairfax Media. Sam won a Quill Award from the Melbourne Press Club in 2010 for the best sport story of the year, she won the AFL Coaches Association’s media prize in 2011 and was voted journalist of the year by the AFL Players Association’s in 2007. Sam has also won the VicSport media award twice for her trailblazing reporting on concussion in the AFL.

Sam’s move to Channel Seven follows a ten-year contribution to Channel Ten’s Before the Game program where she worked with some of Australia’s best-known comics, Dave Hughes, Mick Molloy and Lehmo.

Sam featured on the ABC’s Agony Aunts and Agony of Life series and stood out for her honest reflections on love and loss.

With a knack of balancing the serious and irreverent, on any given day Sam is as likely to be writing hard-hitting front-page news as an insightful feature story.

Sam is an ambassador for the Basil Sellers Art Prize and has sat on the advisory committee to the Melbourne Vixen’s board. 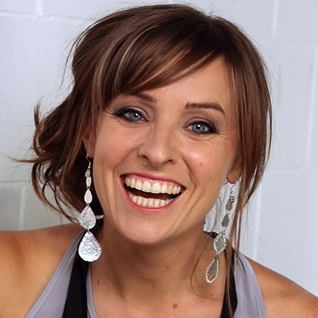