Nikki is a natural performer with her quirky sense of humour and warm presenting style. She is best known to television audiences for her role in the Nine Network’s late night interactive game show, Quizmania and as the ‘Face of’ the Australian Unity Campaigns.

Nikki was spotted by Mick Molloy and invited onto his Triple M radio show, ToughLove. The guest spot turned into something of an audition and when Molloy began developing his new Nine Network series, The Nation, Nikki joined the team as a roving reporter and performer.

Nikki studied drama at Queensland University of Technology, already has impressive credits to her name. In 2003, she worked with Oscar-winning director Peter Bogdanovich on the popular miniseries The Mystery of Natalie Wood, playing Wood’s best friend, Jackie Estes. She also appeared in the award-winning Australian mini-series Jessica, an adaptation of Bryce Courtenay’s bestseller of the same name, and demonstrated her comic talents in the Australian feature film Ned, written and directed by Abe Forsythe.

Nikki starred in the 2020 season of Network 10’s ‘I’m a Celebrity.. Get Me Out Of Here’, sharing her quirky comedic style with viewers and campmates.

For further information please contact one of our Keynote Entertainment’s consultants on 1300 661 904 or info@keynote.net.au and we will be happy to assist you or go to our  Master of Ceremony pages for more ideas. 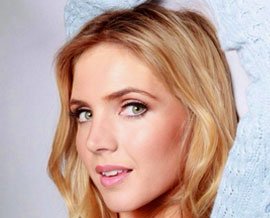