One of Australia’s leading race-car drivers and best-known motor racing personalities, Neil Crompton, is an industry favourite who can adapt to any audience and speaks at all kinds of events including speaking engagements, corporate video and product presentations, launches, drive days and vehicle appreciation events.

Neil has been captivated by racing since he was a young boy and begun his career as a professional race-car driver by riding a two-wheeled Honda mini-cycle in 1972 before moving onto vehicles with four wheels in 1985.

In recognition of his impressive racing skills, Crompton has represented leading manufacturers and private teams in the sport. He was a foundation member of the Holden Racing Team in 1989 and has driven for Ford Australia at Ford Tickford Racing and 00 Motorsport, Tasman Motorsports Group in the United States of America, Wayne Gardner Coca-Cola Racing, Mazda, Nissan and Peugeot.

Neil has participated in over 345 racing events in total, including 57 top 3 finishes, 119 top 6 finishes and 195 top 10 finishes, which demonstrates his impressive skills. He has also taken part in 24 major events at Mt. Panorama and has often led the Bathurst Classic, winning the 12 Hour Enduro in 1994 and 2010 and has scored two third placings in the coveted Bathurst 1000k in 1992 and 1995. He was also involved in the Australian Grand Prix Holden Celebrity Challenge on three occasions, where he was Chief Instructor and worked with several star pupils including Dame Edna Everage and Clive James.

Neil Crompton’s presentations are intriguing to audiences and his use of anecdotes and sporting references ensue that audience can relate what he speaks on to their own professional and personal lives. 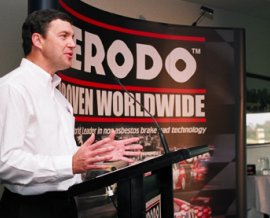