Melissa Hetherington is a familiar television face having appeared regularly on the Seven Network for the last 7 years. She has been a regular member of television shows such as "Melbourne Weekender", "Go for your Life", "Sunrise" and can currently be seen presenting on popular travel show "Coxy's Big Break" where she is the writer and producer of all her stories.

Melissa has also been presenting Seven's Oz Lotto, Powerball and Tattslotto coverage for the past 12 months and hosted the LIVE telecast of the "New Years Eve Fireworks Spectacular" and the "Trivial Pursuit - Spin to Win" competition.

With over ten years experience in the television industry she has built an impressive list of credits. She has appeared in television commercials for companies such as: Telstra, Medibank Private, British Paints, Black Swan Dips and Harbour Town Shopping Centre as well as appeared as an actress in television shows Neighbours, The Secret Life of Us and The Legacy of the Silver Shadow. 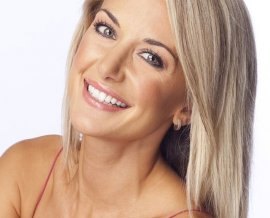